Posted on September 5, 2013 by shepherdguardian

But what I do, I will also continue to do, that I may cut off the opportunity from those who desire an opportunity to be regarded just as we are in the things of which they boast. For such are false apostles, deceitful workers, transforming themselves into apostles of Christ.  And no wonder! For Satan himself transforms himself into an angel of light.  Therefore it is no great thing if his ministers also transform themselves into ministers of righteousness, whose end will be according to their works.  2 Cor 11:12-15

PUT TODD BENTLEY BACK INTO HIS POSITION (Not sure what he is – along with other profits, and apostlesses, after he abandoned his wife and children and married his affair) 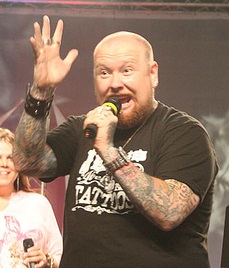 Testimony of one delivered from Bethel  ‘cult’.   She points out how there is the manifestion we see oon the videos of the jerking, laughing, convulsing, shaking etc. we see on many of the videos.

Also the obvious for a ‘healer’ and prophet and signs and wonders fellow like Bill Johnson; he and his wife both wear glasses, has had surgeries, son is deaf, etc.  The miracles seem to manifest at convenient times.  http://jesuscultureawakening.blogspot.com/2012/06/god-delivers-another-from-cult-of-jesus.html#.UhPH0JK1GSp

Bill Johnson says, “Most all of the experiences of Jesus recorded in Scripture were prophetic examples of the realms in God that are made available to the believer. The Mount of Transfiguration raised the bar significantly on potential human experience…The overwhelming lesson in this story is that Jesus Christ, the Son of man, had the glory of God upon Him5. Jesus’s face shone with God’s glory, similar to Moses’s after he came down from the mountain… “ 4

“Jesus had no ability to heal the sick. He couldn’t cast out devils, and He had no ability to raise the dead. He said of Himself in John 5:19, “the Son can do nothing of Himself.” He had set aside His divinity.  … He put self-imposed restrictions on Himself to show that us we could do it, too.  Jesus so emptied Himself that He was incapable of doing what was required of Him by the Father – without the Father’s help.”26

WHAT???  Jesus had no ability to heal the sick?  This is proper understanding of Scripture?  I suggest they read Isaiah 66:2

Speaking again of Jesus, Johnson wrote, “He performed  miracles ,  wonders ,  and   signs, as a man in right relationship to God…not as God. If He performed miracles because He was God, then they would be unattainable for us”.  13

In the non-professing New Age Movement, check into the angels, the Rainbow, the Pyramid, the ascended master, the Christ within us.  I recommend Constance Cumbey’s book, “The Hidden Dangers of the Rainbow: The New Age Movement and the Coming Age of Barbarianism.”

Johnson writes, “Those who feel safe because of their intellectual grasp of Scriptures enjoy a false sense of security. None of us has a full grasp of Scripture, but we all have the Holy Spirit. He is our common denominator who will always lead us into truth. But to follow Him, we must be willing to follow off the map—to go beyond what we know”.  14

Sounds about right, UNTIL, he gets to where he is going, we have to follow ‘off the map’…. Isn’t that how people get lost?

BC pastor-prophet Kris Vallotton regarding raising the dead

Another subject that has drawn a lot of attention recently is dead raising. I need to be honest; I have personally never raised anyone from the dead although I have tried twice. But here again Jesus said, “And as you go, preach, saying, “The kingdom of heaven is at hand. Heal the sick, raise the dead, cleanse the lepers, cast out demons….,” (Matthew 10:7-8).14

All quotes from this link: http://www.xpmedia.com/article/9763/commentary-on-kris-vallottons-eschatological-core-values

IN THE VIDEO FOOTNOTE: Goes to graves… First, soaking up the anointing from the grave of false prophet Smith Wigglesworth.  Says Holy Spirit still exists in the grave.  Punching the devil out of people.  Releasing anointing of a ‘chapel building’, etc. 16

Toking of the Holy Ghost: With Bill Johnson’s tacit endorsement, BSSM students followed John Crowder’s lead (of the “toking the ghost,” “Jehovah-juana” paganism) in “sucking up the anointing” of dead people.  As Fawcett notes, Johnson will begin his own holy relic museum to restore the lost anointing of “God’s generals” to the present church.  Just as Roman Catholics believe that the belongings of late saints can earn gain someone divine assistance and even miracles, Bethel seems intent on calling Christians to the mysticism of object worship. 35

Tattoo  Readings In addition to “normal” prophetic words, those who attended Bethel’s “Power and Love Conference” in February received readings based on their tattoos and piercings.  Doug Addison can interpret the hidden messages on your body and even train you to do the same.  You don’t even have to fly to where he is; for the reasonable fee of $150, he can tickle your ears over the phone for thirty minutes. 35

STUDENTS FORGIVE SINS: Girl at Bethel says God tells her to forgive an unconscious dying man’s sins, and said he’ll be forgiven. She released God’s power over him and told him he would enter God’s kingdom…33

Healing in the Atonement – He says, Doctrine teaches, through Christ’s death, all believers are given physical healing.

“I refuse to create a theology that allows for sickness.” Bill Johnson21

Interesting, since the Bible’s truth speaks and allows for sickness whether Mr. Johnson does or not, the TRUTH still stands.

On the “Christ Anointing”31 – Speaks for itself

Johnson believes that there will be a great end-time revival that will be initiated by an “Elijah generation”(a concept from the heretical Latter Rain movement) that shall transcend all other generations of Christians in regard to their ability to do great works of power. 27

Johnson interprets the Lord’s Prayer, which is primarily a prayer for the return on Christ, in terms of his “kingdom now” theology: “This is the primary purpose for all prayer—if it exists in heaven, it is to be loosed on earth”. This means that if we do not have problem free lives, we are lacking faith, praying wrongly, or failing to understand our role as having dominion. Johnson explains: “Such an invasion causes the circumstances here to line up with heaven”. 30

In this video on Bethel, Johnson mentions these ‘great revivalists’ that he says the Lord told him to honor with this library, “because they have walked faithfully before the Lord in the past”.  Johnson continued, “He will give us access to their anointings…” (Their students hang out at graves to soak in the anointing.  Necromancy.)

Some names he mentions: YIKES!

Kim Walker testifies to seeing Jesus in person (like a stretch Armstrong doll she said).  She also sees God the Father in person, who tears a piece of His heart right out of His chest.34

I don’t know WHAT she saw, but it was NOT God the Father, nor Jesus.

Bill Johnson:“Owls represent the prophetic. They see in the night.”36

Link with a lot of articles on BJ:

1  http://youtu.be/UzAwFYKe3h0   (*Now explains it as he was born again through the resurrection.)

6  (Says Lakeland was an anointing by God, we will be ‘blessed and encouraged by) http://apprising.org/2013/01/12/sound-advice-for-bethel-church-pastor-bill-johnson/

9  http://www.youtube.com/watch?v=lvJMPccZR2Y (not a fan of wretched)

20 Guest speakers at their school frequently.

22 Claims to be unique because they teach with ‘apostles, prophets, evangelists, pastors, & teachers….not by professors or theologions’

23 C. Peter Wagner, International Coalition of Apostles included Bill Johnson as one of the apostles who would give Todd Bentley his ‘ministry’ back.

24   Johnson says, “He performed miracles, wonders, and signs, as a man in right relationship to God . . . . not as God. If He performed miracles because He was God, then they would be unattainable for us” (Johnson: 29; emphasis and ellipses in original).  Johnson’s theology requires that Christians do greater miracles than Jesus. If Jesus’ divinity had any influence on His mighty works, then we might think we could not do the same (and rightly so). So Johnson embraces what is often called thekenosis heresy—that Jesus laid aside His divine nature. He writes elsewhere: “He laid his divinity aside as He sought to fulfill the assignment given to Him by the Father . . .” (Johnson: 79).

25 DVD curriculum from the Bethel School (BSSM) offers the ‘apostolic and prophetic voice of Bill Johnson.

30 (“When Heaven Invades Earth” page 59)  A review of the book:http://apprising.org/2013/01/06/an-invasion-of-error-review-of-when-heaven-invades-earth-by-bill-johnson/